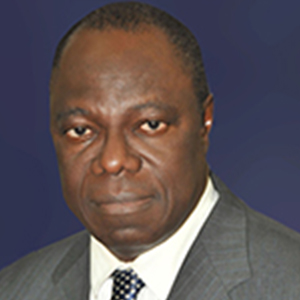 A Professor of Internal Medicine and immediate past Director General of the National Agency for the Control of AIDS (NACA). A founding member of the African Society for AIDS and STI. Formerly, President of the Nigerian AIDS Research Network from 2002 to 2008, Chairman Nigerian National Antiretroviral Committee 2001 to 2009. Professor Idoko’s research interests include clinical trials of antiretroviral drugs, adherence to ART, Tuberculosis, Hepatitis co-infection, resistance to ART, social and behaviour issues in HIV and models for scaling out comprehensive HIV services. He has over 70 published peer reviewed journals and contributed to several book.

He was a Commonwealth Research Fellow in Immunology at the London School of Tropical Medicine and Hygiene in 1986 and 1987. At the University of Jos, Professor Idoko was head of Department of Medicine and later Deputy Vice-Chancellor Administration of the University from 1994 to 1998. He was Principal Investigator of the Harvard University/AIDS Prevention Initiative Nigeria (APIN) Presidential Emergency Plan for AIDS Relief (PEPFAR) program at the Jos University Teaching Hospital (JUTH), Jos. The antiretroviral clinic (ART) at JUTH and Plateau State of Nigeria cares for about 20,000 patients with HIV, representing one of the largest clinics in Nigeria.